Rob Taxpayer shares his simple, brilliant understanding of life in his interview on A Fistful of Vinyl

Rob Taxpayer is the eponymous frontman from The Taxpayers, as well as The Trusty Snakes, and the impressively consistent The Song of the Week Club. In an interview with A Fistful of Vinyl's Alec Hodgman, they cover topics wide and far. Rob discusses how his beliefs have grown over time (and the importance of re-evaluation), the pressures of releasing a song every week, creating realistic fictional characters, how to react to YouTube comments, Bruce Spingsteen lyrics, striving to enact a meaningful difference in the world, and how to properly decorate a toilet. A small white lapdog even pays them a visit partway through.

"The way I write has changed so much over the years. If I don't get something salvageable in one sitting, I probably won't come back to it. But other stuff I work on for years and years before it comes out. If I like an idea, I just chase after it. You kinda just gotta feel what's right."

Hearing Rob humbly discuss his years of music and the life that he puts into it lends a new perspective into all his musical projects. Rob Taxpayer's music coalesces influences from the broad expanses of the music universe, blending punk, folk, jazz, southern blues, New Orleans revival, and a handful of both gospel and children's storytelling. Find Rob's work at HairPond.org.

"That's the longest interview I've ever done!" Rob remarks at the end of the 80 minute conversation. 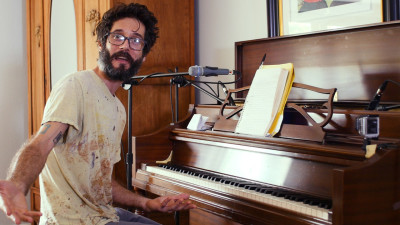 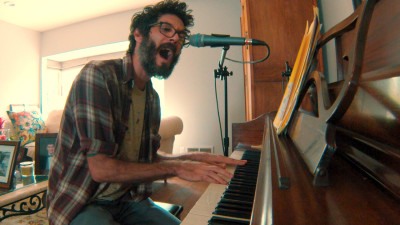 But Stocks Are Skyrocketing 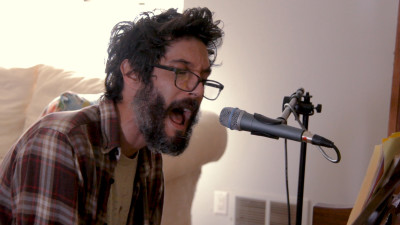